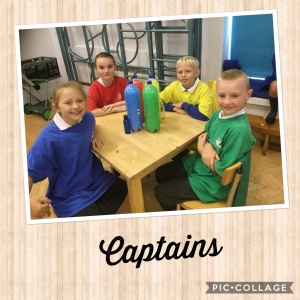 The Captains take up their posts!

During the summer term, Y5 children who have been eager to lead their house teams, applied for the soon-to-be vacated positions. As the new term gets underway, the four captains are becoming familiar with what their jobs will entail.

One such task is representing their teams during assemblies. Phoebe, Eva, Michael and Will are responsible for flying their flag and celebrating if their team has earned the most house potion in that week. Potions must then be carefully measured and poured. Our captains have also received their duty timetable which directs them to support the younger children as they have lunch and play games.

It has been a productive week and these four are sure to do well!